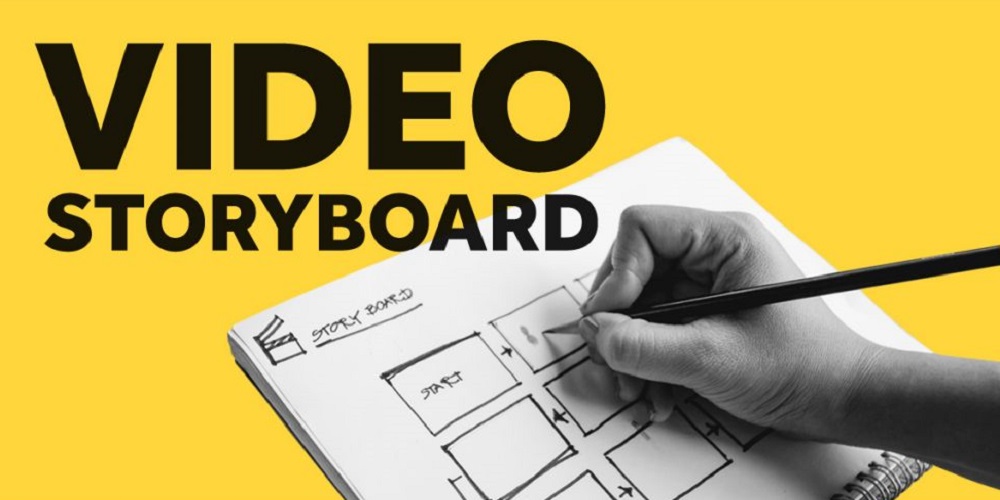 When you’re creating a video for your business, whether it’s a demo video, sales video, training video, explainer video or a short online business video, planning things out is very important.

One of the most important stages in planning your video is creating a storyboard.

Storyboard serves to describe the story line, from beginning to end. In addition, storyboards also function to plan the shooting process so that it is more structured.

The storyboard serves as a guide, from the production process to the editing process, so that the process is easier and the results are appropriate. Storyboards play a big role in the process of making audio visuals, such as videos, animations or films.

A storyboard is a powerful document that contains all the visual, audio, and timing components of your video where you can use images to illustrate visual elements. It’s basically a top-down timeline that lets you see what each scene looks like.

For each scene of your video, the storyboard captures:

The length of this custom image, in seconds

What you will hear when the image is displayed. The three main components of audio are:

Storyboards can also skip images and only depict visual elements.

Storyboards are the best way to share your vision.

Visual aids make it easy for you to share and explain your vision with others. When you have a storyboard, you can show people how your video will map out and what it will look like. This makes it easier for other people to understand your idea.

When you storyboard your video, you’re basically preparing a plan for production. This includes all the shots you’ll need, the order in which they’ll be laid out, as well as how the visuals will interact with the script. This is especially useful during editing, as it serves as a great guide for your editors so they can structure the video according to your vision.

Storyboards save your time

Although compiling a storyboard takes time, in the long run it will save you time. How? So making it easier to explain your vision to the people you work with means you spend less time repeating your ideas and visions, but also by providing a solid list of photos. This will make the process of making (shooting and editing) run smoothly.

To make it more epic and good, you have to enrich your knowledge about tips on making storyboards.

How To Make A Storyboard

There are at least five ways to make a storyboard. Here you go:

The theme must be determined first before making a storyboard. This theme affects the script, sketch drawings, use of media, and others.

#2. Manufacture of the script

After the theme is determined, the manuscript must be made in detail.

For example, dialogue text, descriptions and other things related to making videos, films or silhouette animations.

This important point relates to the script and the theme that has been determined previously. Usually these important points contain ideas or concepts that are expected to be made into a storyboard.

#4. Determine the rough sketch in the storyboard storyline

After the three things have been made, a rough sketch can be drawn up. This creation is accompanied by an explanation or description of the making of audio visuals.

After the rough sketch has been made, the storyboard can be made in a neater and clearer form. For example by using a special application or so forth. The storyboard must at least include a sketch of the image, narration text and the required audio or visual.

Well, after reading this quick guide about storyboards, I hope you understand enough to create a great explainer video.

Andre Oentoro is the founder of Breadnbeyond, an award winning explainer video company. He helps businesses increase conversion rates, close more sales, and get positive ROI from explainer videos (in that order).